Just some thoughts:
WHO FROM THE BIBLE WOULD YOU
WANTED TO MARRY?
This  morning early I was sitting in the parking lot of my coffee place. Doin’ that “social distant” thing, nursing my coffee. I had just finished doing some reading.

I had been doing some reading in  (as an acquaintance) refers, that book of Fairy Tales. The thought occurred to me “Who from the Bible would you wanted (considered) to marry? No really I was just drinking coffee, nothing stronger that created that thought.
Now’s there’s a question for you. Well I don’t know about that marrying thing, I’ve been at it now almost fifty-five years and that’s serious business. At times can even be work. But as I sat there kinda laughing at my own question I thought about it. 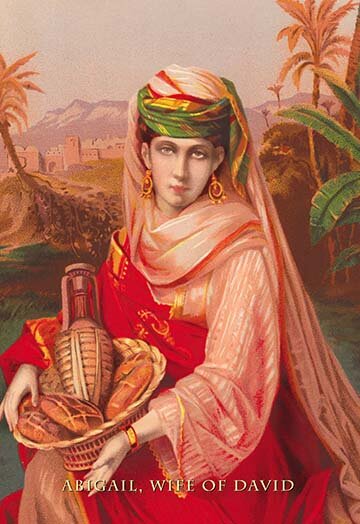 Well I don’t know about about that marrying thing but I tell you what, there was one lady who I just read about whose name came to mind. And I thought:
“I’d sure get off my donkey to ask if she had any
plans for Saturday night.”
There is such a lady talked about in the book of I Samuel chapter twenty-five. Her name, Abigail. She must have been quite a lady. Scripture describes her with a double whammy. She was good lookin’ and she was smart. She had that “B and B” about her. Beauty and brains. A sure winner.
She might have been the type of girl we all knew when growing up. Maybe even went to school or college with. Nice looking, smart, class valedictorian, nice to everyone, never just into her self. Or she might have been the first elementary school crush that we looked at from a distance. You know the kind you sent a note asking the question: “Do you like me?” And then you  had the two boxes, check “Yes” or “No.” (The George Strait thing–song)
If you read the story you see she was a person of courage, an organizer, a get it done person, “Boys get to the house and get some food ready, we gotta ride.” She had insight into a situation that was about to spin out of control. Two men going to fight. She recognized that many innocent people were going to get hurt at the expense of two big egos. She was a lady wise beyond her years.
“Please, do not let my lord pay attention to this
worthless man, Nabal.”
I Samuel 25:24
tho
As I said I’m not sure about that marrying thing but you can bet I’d been checkin’ my Garman (watch) and noting the time and the well she came to  each day to get her water. I would have welcomed the chance to be each day at that watering time.  And, yes I would have offered to carry her water back to her house.
Maybe, just maybe, one Saturday night she and I could have buzzed Wabash Avenue, she sitting behind me on my camel. Stopped at Henri’s and having a glass of goat’s milk. I’d promised her father I have her back at the tent before midnight.
Who knows?
===============================================
May 20, 2020
Keep on,
Larry Adamson
Reply  Reply All  Forward