Just some thoughts:
WHEELS
Do you remember your first car?
“With a car, a man could scorch the dusty back roads, roll proudly through town, spin a donut in the Tastee-Freeze parking lot, and take his girl to a romantic hilltop.”
First car–1949 Chevy–
Second car—1955 Ford Crown Victoria
(A major mistake)
Third car– 1954 Chevy 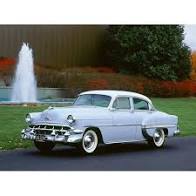 Graduated college in 1964 and sold this “jewel”—1954 Chevy- to a coal mine worker for the grand total of $35.00. Car had no working heater/ one window half knocked out/ only one working wiper/ part of floor board missing on passenger side/ right rear door would not open/ and car had been side-swiped.  My dad over heard him say “I need a piece of junk to drive to the mines.” My dad told him, “My son has just the car for you.”
But———upon that graduation I bought the one listed below.

If I may—play upon words a bit. “When I was a child, I acted as a child, I thought as a child—but when I became a man I put away childish things.” Like an old 54′ Chevy and moved into a better set of wheels.
To again quote ole Billy Faulkner: “People will pay any price for motion.” And some even more for the “style in which that motion happens.” 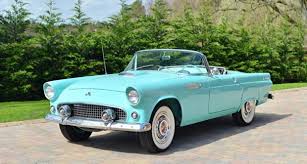