“WELL COME ON IN”
The passing of Harold Reid of the Statler Brothers this past Friday continues to stay with me.
Today as I was played some of their music on the way to my coffee place. One of the songs that came on was “I Saw Your Picture In The Paper.” Harold and his brother wrote this song and Harold does a recitation  in the song. “Well I saw your picture in the paper Sunday morning.” I would loved to have asked them about the genesis for the writing of the song.
“Well I saw your picture in the paper Sunday
morning and to say the least it took me by surprise.”
I had an encounter with Harold a number of years ago. Encounter sounds like a bad word. Sorry.  It was a good encounter. During my years on staff with the United States Golf Association one of my duties was to attend the Master’s each year in Augusta,GA. Tough “duty” right.
(Picture of the old school that became offices)
For what ever reason I always preferred  to drive from where we lived in New Jersey to Augusta, GA. Weather in NJ was still not convertible weather but about Richmond, VA I could put the top down and really enjoy the ride. 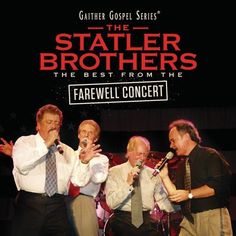 In one of those trips I stopped in Stanton,VA which was the home of the Statler Brothers. They had chosen despite their success they would never move from where they were born and raised. During this time they had taken the old elementary school building where they attended and converted it to their offices and a museum. Actually they had saved it from being torn down.
On this drive I had allowed myself enough time to stop at this museum. I did but to my disappointment  I was too early. They were not open. I had gotten back in my car and was about to leave the parking lot when in pulled a pick-up truck. The truck pulled up to the side of me, party rolled the window down and said, “Can I help you?” It was Harold, Harold Reid. I about fell out of my car, 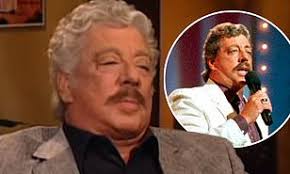 I told him who I was, where I was going and what I had hoped was to visit the museum. To which and I can still hear that booming voice say to me, “Well,  get out of your car and come go with me.” I walked with him as he opened the doors. He then took me on a quick visit of the museum and told me “Now you take and stay as long as you want, and hey thanks for  comin’ by.”
Before I left that day I also met Phil Balsey another member of the group. Just before leaving I stopped at Harold’s office and thanked him. “Well stick around ole Don be here after while.”
I then got in my car and continued on playing Statler Brothers music most all the way.
The Statler’s once had a song called “Thank You World. The drift of the song is the group thanking the world for letting them do and be who they were.
Well thank you Statler’s and even more so thank you Harold for your kindness and hospitality you showed to me on this special day.
=========================================April  27th
Keep on,
Larry Adamson