THEY WERE SO BAD THEY WERE GOOD
Sometimes something/someone can be so bad they are good. Meaning you listen to them, play their music, etc.
Case in point. At one time there was a sports announcer in Indiana that well he was so bad he was good, so you had to listen to him. I’ll just give his first name, first name was Tom. Over the years Tom broadcast many sporting events and did many interviews. One time he did a television interview with the wife of coach who had weight issues. He ask her “I understand you have some weight issues how are you coming on that diet?” I almost fell off my chair when listening. Did he really say that. Tom often broadcast basketball games and his running mate at the mike was  of equal talent. The two of them together were so bad that you listened just to see what their next mix up might be.
My wife is not quite the appreciator of good music that I am. Often she is lacking in musical tastes. Therefore I always try to make sure I don’t have certain music or singers in my cd player when she gets in my car. There is “music to listen to when Barbara is not in the car” and “music when she is.”  In her car she plays some funny stuff. Well I had a little slip up the other day. She gets in the car and over the air waves comes the voice of what many have called the “Queen of country music.” We will just identify her by her first name, “Kitty.” To which Miss Barbara says, “is that lady sick and needing to vomit?” Shame, shame. That song is followed by one of the legends of country music, first name of Ernest. Again Miss Barbara comments “that’s awful,  does he have indigestion?” 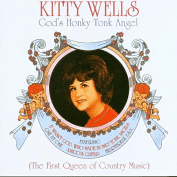 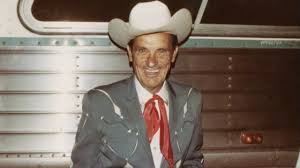