THE BLUE GOOSE AND THE WHITE SWAN
“Every now and then I just need to talk to someone
who remembers what it was like.”
Earlier today I got a call from an old friend. A lady who lives back in my home state of Indiana. I guess she has known me from about the time I arrived on the scene, as she is ninety plus.
We talked about a number of things, from family to faith. I grew up just a few miles north of where she grew up as a child. How it came about in the conversation I’m not sure but I mentioned two places and ask her if she remembered. The two places, The Blue Goose and The White Swan. Immediately I got a yes and a laugh from her. 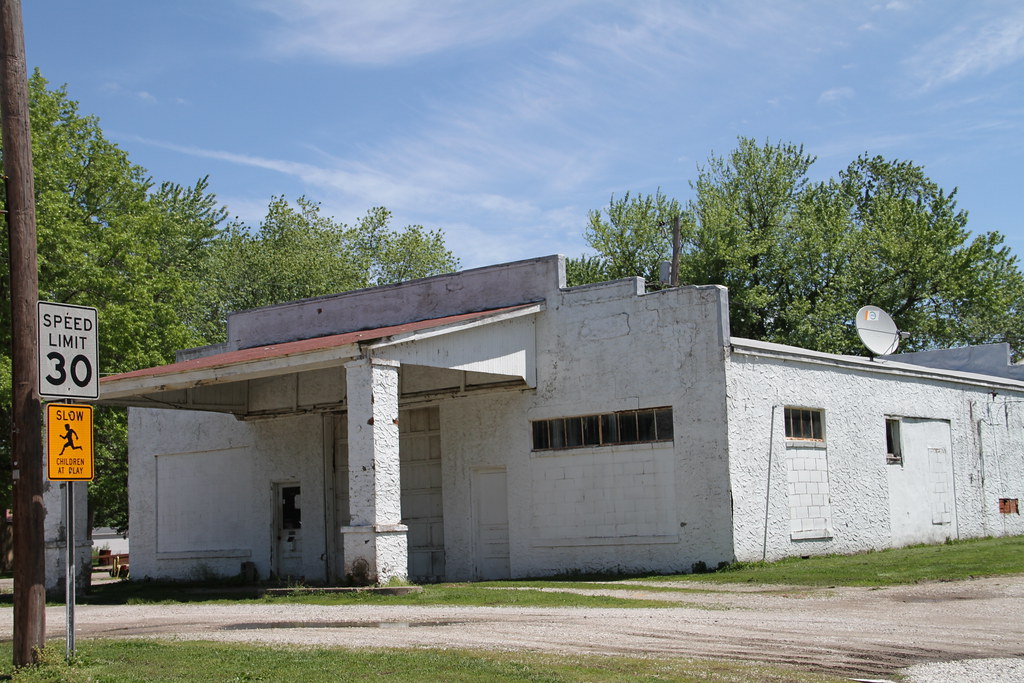 (Old gas station–Shelburn, Indiana)
The Blue Goose was a hang-out, restaurant, with a big bright juke box and a room (with a curtain in the doorway) where this lady grew up and  folks could dance. Now we are talking late 1940s’ into the early 1950s’.
(Once was bank Farmersburg,IN)
I had my first tobacco experience one night out behind the Blue Goose. I wasn’t much older than our youngest grandchild. The Goose was located within walking distance of the high school gym. One night at half time of a basketball  game I was with a group than ran on a bit faster track than me. Anyway a nickel cigar was purchased and I had my first puffs. Got sicker than a dog. Vomited and got dizzy, wobblier than ole Otis trying to make his way into the Mayberry jail cell.
Now the White Swan was just up the road in another small community from where the Blue Goose was. But both had much in common. Atop of the building where the White Swan was was a big sign in the form of a Swan. As I said both had much in common and thinking back I pretty sure not everything that transpired there met with the approval of the older folks (parents)  of the communities. Those from my time and generation we experienced girls, music and cars at both locations, and in about that order.
But it was the first thing my friend said to me and the last just before we hung up that has stayed with me:
“I just needed someone to talk to who remembers what it was like.”
But you know I think probably ever generation has had similar feelings of wishing they could talk to someone who remembered. I remember one ole timer who used to sit behind the coal stove at Gunn’s grocery store where I grew up saying to me, “Hey son you ever heard of Joe “D” or the Glenn Miller band?” At the time I had not.
But to my friend of nearly seventy-eight years, I get it. So often now days I find myself feeling that way, just “wantin’ to talk to someone who remembered.”
P.S.I would bet that in the lives of most of us there has been a Blue Goose or a White Swan.
==============================================
January 22, 2020
Keep on,
Larry Adamson