Stability/Stable==The strength to stand or endure–a condition in which there is predictable outcome.
Over the years I have heard it said, “One of the best things a father can give his children is to love their mother.” That I would not argue. But I might add, “One of the best things a parent (father or mother) can give to their family is stability. 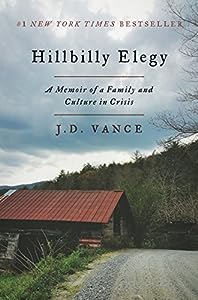 Recently I read J.D.Vance’s book Hillbilly Elegy. I highly recommend the book. After reading this book I had the good fortunate to hear Vance speak. Well worth my time.
Two very important people in Vance’s life were his grandparents. Mamaw and Papaw is how he referenced them. Both his grandparents were anything but perfect, no one is. In describing his Mama he said “She could fly off the handle.” But he went on to say how in his teen, growing up years how dysfunctional his own immediately family was and the influence  of his grandparents. He described how over years his grandfather mellowed and what he came to be.He said of his Papaw, “He was the most stable person I came to know. He didn’t do name calling, and seldom was out of control when others were. Of all the ones in our immediate and extended family he was the one folks came to for advice, directions. Even with his faults he still was the most solid and dependable one in my/our circle.”
The measure of a man is how he treats the
women in his family.”
“His wisdom came from experiences from
his own earlier failures.”
Jim “Papaw” Vance
Sometime back I was sitting in Robert’s Western World, a music place, here in Nashville. I was sitting by myself when a group of young college girls came in. “Hey anyone sitting here,” a young lady asked. “No, No you are welcome to sit.” It was quite a group. “We come in here every Tuesday night about this time, we like Harry.” Harry had this band, it was evident ole Harry had a following. As the evening went on it became even more evident that Harry had his following.
After a bit this young lady turned and said to me, “You come in here a lot, it’s gettin kinda late most folks your age have cleared out by now.” I smiled, “Yes I come here some.” “You make me think of my granddad,” she said. “He sure wouldn’t be in here it’s too late for him.” Now I just kinda sat back and thought I’m just gonna let this young lady carry on. And carry on she did.
“My grandfather really likes country music but one he sure would not be up this late and it would be too loud in here for him. He’s the most predictable human alive. You can set your calendar, your watch by him. You can even tell what day of the week it is by what my grandma fixes him for supper. No really. Boring, boring is what he is.” (Whew)
I’m about in stitches. She even comes back to the table after a third dance with the same guy and says to her group of girlfriends, “Well he can have the last dance with me but he ain’t takin’ me home.” (Drifters song: “Save The Last Dance For Me”
But it’s what she said last about her grandpa that I carried with me from that evening. She went on to say:
“Yea, my grandpa is the most boring, predictable person I’ve ever known. But he’s also been the most dependable person in my life. As my grandmother says, ‘He’s our rock of Gibraltar”  (I wanted to ask her if she knew what that rock was, but didn’t)
That night as I drove home I thought about the young girls statement, evaluation. I think her grandpa is giving her one of the most important gifts she or anyone  might ever receive, stability. If you had or have it be thankful.
==============================================
April  3, 2020
Keep on,
Larry Adamson