SPECULATION
Speculation–The forming of a theory or conjecture without firm evidence.
Out doing my four mile walk one  morning this week I got to thinking about this word, speculation and how I think we hear and see too much of it today.
Question: Have you ever been instructed, told by another, say a superior, a “boss” to do something. You did and after doing such then were severely criticized by someone else. Not just criticized but the party, “they knew exactly why you did what you did and it was for all the wrong reasons.” Your motives for what you did they say were not pure. I would hope not but there is a good chance you have.
Well in that “book of fairy tales,” as an acquaintance I know references the Bible, there is such a story. A father is living in a time and land in which his country is at war. He has a number of sons. Some of them at that time are off serving in the army. The father is concerned about the welfare of his boys. He gathers up some items that he feels might be of value to his boys and the troops.  (Made me think of the  times when my brother was serving in the Korean War and my parents would often prepare a “goodie” box and in turn send to him.)
Note: Had a kid ask me the other day, when I referenced the Korean War, “what was that?” I put my hand up to my head…and think “history.” What’s happening in our education?
“Take now for your brothers an ephah of this roasted grain and these ten loaves, and run to the camp to your brothers. Bring also these ten cuts of cheese to the commander of their thousands and look into the welfare of your brothers, and bring news back to me.”
I Samuel 17–17-18
This father prepares these items and then calls one of the boys that is still at home. In fact, he’s the “little brother.” He is too young to be severing in the military at that time and he is the youngest son of the family. “Ok here’s what I want you to do, your brothers are off at this battle field, you go, (run)  take this stuff to them. Tell them I miss them and hope they are ok. And bring back the news.”

Good son does such. But to  his surprise when he gets there one of his brothers is not all “warm and fuzzy” about his coming. “Hey kid, I know why you are here, your too young, and you are just here to be seen. Make an impression, I know you.” Well hello. Nice greeting one might say.
“Elisb’s anger burned against David and he said ‘ Why have you come down? I know you insolence and the wickedness of your heart for you have come down in order to see the battle.’
I Samuel 17:28 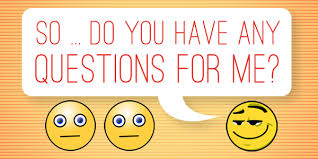 No questions ask by the older brother just, “I know why you are here. And its not for the right reasons.” “I’m here cause dad sent me, he sends….”   No, no, no you are not. You are wicked. I know.”

Isn’t interesting how often others think they know why someone does or did what they do. So often they know exactly why and they don’t even have to ask questions. They know and then they tell others.  Speculation. A damaging and very unfair process. But we see it everyday. We see it everyday from politics down to ones personal affairs.
Interesting. You  know sitting here at my desk I heard last week you did………and you know what…………..
“I know exactly why you did that. Shame on you.” 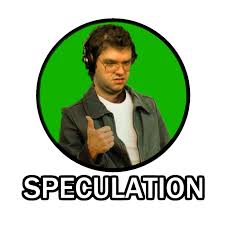