Sometimes
Sometimes and then there’s…. otherwise.

(Marcellas Brown and Larry Adamson)
Sometimes people come into our lives and if we are honest, not a lot of thought is given to that entrance. Life is there and we just live it. Then something happens and we realize otherwise.
One night this past week I took a call telling me that my friend Marcellas Brown had been in an auto accident just a few hours earlier and he was now in surgery at Vanderbilt Hospital. I was also told that two of his daughters were with him and they also were seriously injured. Less than thirty minutes later I received a second call telling me that Marcellas had passed during surgery.
I first met Marcellas some years back through the good efforts of a lady named Betty. Betty was a school teacher and was familiar with the family. Out of that initial contact Marcellas and I struck up a relationship. I met him and his family at his home and from there he and I started meeting for lunch with some regularity, and we talked often by phone. Sometimes, especially during the summer, he would arrive at the restaurant with some of his children. Marcellas was the parent to some and he was the custodial parent to several others also in a foster-type care situation. At times when the children joined us for lunch. Some of those lunch encounters were like herding cats. 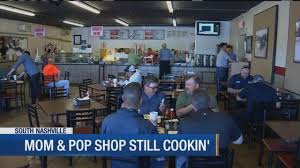 Over the years Marcellas and I came to know one another pretty well. He came to attend the church where my wife and I attend and also Dan Harrell’s weekly Bible class. He and I shared things that neither of us would share with just a casual acquaintance. He was from Alabama and had some growing up difficulties in his youth. Often when we left our lunches together I would think to myself how different the circumstance the two of us had come from, but a bond was being established between us. 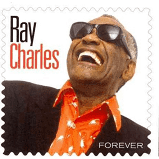 Marcellas and I shared our love of music. On occasion I’d bring him a CD of songs that I thought he might like. I remember the time I gave him an Otis Redding CD. “You like Otis” he asked. He was further surprised when the next time I brought him a Ray Charles and a Five Tops CD. I remember him saying to me, “Larry, nobody gives me stuff like this.” He was sincerely grateful.
After our second or third lunch meeting, I remember him saying to me, “Larry, if you knew more about me and my past you might not want to have lunch with me.” He had previously shared some personal things with me and I assured him that there was nothing he could share that would have any effect on our lunch meetings so over the years we did talk about a lot of life things, wives, children, church, personal matters, etc.
I remember one time he called me a couple hours before we were to meet for lunch and asked if he could bring his boss with him for lunch. I told him yes, of course, and I am glad he did. On that day when Marcellas went to wash his hands his boss spoke well of him, “He’s a good worker, he goes to your church?”

I have so many stories I could share about Marcellas. One thing I will always remember is something I said in front of him and what he said in return. I had said, “You know, I sure have been lucky.” He looked at me, shook his head and said, “No Larry, you have not been lucky, you’ve been blessed.”
You know, sometimes you go along living life and often not paying attention to all the twists and turns, life is just kinda coming to you. Often you fail to realize significant things that are happening. I’m sorry to say for a while that was me regarding my meetings with Marcellas. Then one day you wake up and begin to realize some things aren’t as insignificant as one might think. Marcellas you were right on the money, I have not been lucky, I’ve been blessed. And you know one of those blessings was your crossing my path.

Another memory that I will always remember from those lunch gatherings was about one of Marcellas’s children, I called her Peanut. She was about four or five and he would bring her as she was not school age at the time. One time when we had finished eating Peanut took my face in her small hands, looked me in the eyes and said to me: “Will you take me to the car and put me in my car seat?” So here we go skipping across the parking lot, me in my predictable attire, golf shirt, khaki pants, loafers holding the hand of a small black child and placing her in her car seat. I would pay good money today for a picture of that.

There’s an old hymn that was often sung at my Grandmother’s country church in Sullivan County Indiana. “Farther Along” and the drift of the song is that as we go farther along we’ll understand life, we will understand “why.” Well, I’m a lot farther along on that life journey than when I was when I sat with Grandma. But I have yet to be “farther along” to completely understand the whys and certainly the timing of a lot of matters. But I must add, no one has put me in charge of that matter, so I best just keep journeying along.
You know, some people live their lives and leave dust on the hearts of those they meet. For me, there will always be a bit of dust that Marcellas has left on me. I bet I am not the only one. One might think that he was such an unlikely candidate or one to have such influence on another. Yes I suppose so, but then again…otherwise…
He broadened and deepened the
lives that came to know him.”
Betty Matthews
Betty, it can’t be said much better than that of another: “They broaden and deepen the lives of those who come to know them.” I was blessed by his friendship.
========================================
May  29, 2020
Keep on,
Larry Adamson