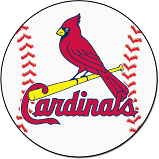 In my life there have been some times that were very special. Times or a happening when one might say to themselves, “I can’t believe I’m here,  I can’t believe this is happening to me.
First, just my being on the United States Golf Association staff for twenty-four years is one I have often looked back and have wondered how did that happen. With those years on staff there were many remarkable things that happened.
Tom Meeks, who brought me to the USGA, was the Director of Rules and Competitions at the time. Tom was quite a baseball fan. Both he and I had grown up in the Midwest, Tom in Lawrenceville, Illinois and me in southwestern Indiana. Both of us grew up being serious fans of the St.Louis Cardinals. Cardinals were the first to have a million dollar infield. Little trivia there. 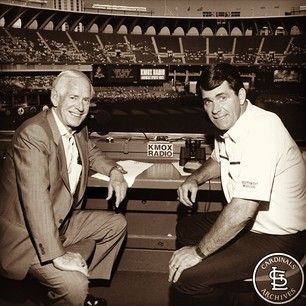 During my time on staff Tom had become good friends with Jack Buck and Mike Shannon both broadcasters for the Cardinals. When the Cardinals came to play the Philadelphia Phillies Tom would take them to play golf. Pine Valley would be the place. Tom knowing of my interest in the Cardinals asked if I would like to go along for the day. Like asking a hound if he wants to hunt.

On this particular day they played golf and then Shannon and Red Schoendienst took Tom and I with them to prepared for the game that night. First, we went  to the Cardinal dressing room, then on the field for batting practice. Just a few minutes before the start the game I figured it was time we hustled on. Well that was not the case. As the National anthem was played that night we stood by the dugout steps. Then we were invited “Just go ahead and sit down there on the bench. ” Just sit  down on the bench. You mean the dugout bench, while the game is being played, where the players sit?” Yes. As the innings progressed and we sat in the dugout (near Red Schoendienst and Ozzie Smith) I thought “There is no way this can be happening to Larry Adamson.” Schoendienst one time playing great was now a coach and Ozzie the starting Cardinal shortstop.

As I sat there I leaned back against the dugout wall I thought, “Adamson there is no way you should be here, how is this happening?” I  remembered when Schoendienst was playing second base and as a kid riding my bicycle by Al Hall’s house.  Al would be sitting in his back yard, its a hot summer night and Al in is undershirt. I have even seen him in his boxer shorts. Cigarette in one hand a cool drink in the other and he would be listening to the Cardinal game.
I might yell, “Mr. Hall what’s the score.” Turning, taking a puff off his cigarette he would say, “Schoendienst just singled, Musical just hit one.”
And to think all these years later I would be in the St. Louis Cardinal dugout during a game sitting just a couple feet, I could reach out and touch Red Schoendienst. What am I doing here?
“Schoendienst just singled–Musial just hit one.”
I hope  you have had similar experiences where you have asked yourself:        “What am I doing here?”
=========================================
May  5, 2020
Keep on,
Larry Adamson