REMEMBERING
Remembering (stealing a line from the Bible) “Remembering fires that have been built before us.”
From a very early age I have always liked auto racing. I guess my Indiana roots would be the cause for that. In 1955, at the age of thirteen, I saw my first race at the Vigo County Fairgrounds. The following year my brother would take me to the Brickyards in Indy. 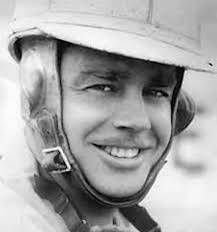 Ted Horn was a name I heard early on when I would be around racing folks. He had been a well known race driver, raced a number of times at Indianapolis, but sadly would lose his life in a racing accident in California well before I ever started following racing. But the stories told by others always made me aware of him and even still today prompted me to read his life story. He came before me but with all I heard about him I wanted to know about him. His memory had been kept alive by those who came during his time and after him and thus I knew of him.
Recently a good friend of ours told me how in preparing for a house move one of his daughters went into the attic and looking through old boxes etc found a letter her dad’s grandfather had written many years before. Her father had no idea of the letter. He shared with me what the find meant to him, here these many years later.
Last night before I went to bed I happened to look at our youngest daughter’s face book page. It caused me to smile and reflect a bit. (It was a nice way to end my day) On her face book page was a picture of Perry Como. Strange one might think, ole Perry was not on her play list ever. Explanation of why Perry Como. She said, “Tonight I’ve been thinking of my grandmother, I need a bit of her, miss her.” 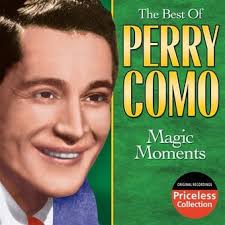 All three of our kids knew their grandmother had a thing for Perry Como. I find it interesting that today our granddaughter seeing a picture of him on a record album caused her to play his music and thus recall her grandmother. In fact her sister in Washington, D.C. would see her post and also post, “Yes I also need a bit of her tonight.”(Note: Many years after my father-in-laws death my wife and I took my mother-in-law to a Perry Como concert. It was special)
A letter written many years ago, or a Perry Como album, interesting how they created a memory. For years that letter had stayed in a box in an attic. Only years later would it be discovered by a grandson and the positive effects received. Or an old record album sitting in a record bin found and brought out for play.
May you and I be so lucky that in our lifetime someone thought enough to write words of encouragement and maybe a “at a later time find.” Or leave  an old “Perry Como” album in our record bin.
Words of remembrance, words of encouragement, a well “kept remembrance.”
=========================================
February 19, 2020
Keep on,
Larry Adamson