Just some thoughts:
Quotes from Cash  #1
Recently I finished playing golf in the Hendersonville area not too far from where Johnny Cash is buried. So I took some time and drove by the grave.
Over the next few days I may give  some quotes from Johnny Cash. Havin’ given some from Mark Twain and Will Rogers we may give Cash some billing.
You know the influence of brothers can be every lasting.
“Jack was an inspiration not only to the whole community, but to me—like a beacon for me to look back to as years went by. When a moral issue or decision comes up, I put myself back in 1943 and say, ‘What would Jack do?”
Johnny Cash
Personally in my life I have had seven half-brothers. Only one of them did I ever know and lived with him for a short time. Of the other six only two did I ever meet and that was only once. The others I never met. In the picture below the one on the right was my brother, Daren from my adopted family. He left for the Korean War when I was eight years old. Sadly he passed in 1968 at age thirty-five. I have missed him greatly ever since.
Cash is right……brothers can leaving an ever lasting influence. 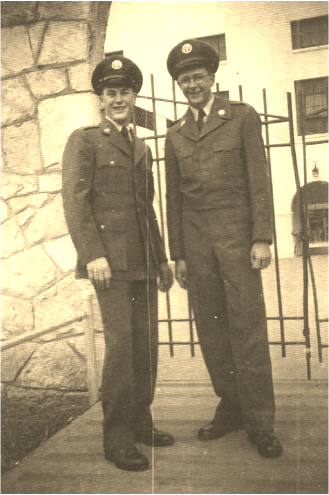