ONLY SO MANY MINUTES
I saw him one morning this past week. I see him often. Every time I see him I want to walk up to him and say, “tell your mother I liked what she told you.” Now he nor his mother know me. They would not know me from a load of coal or a cord of wood. Neither of them  have I ever met. 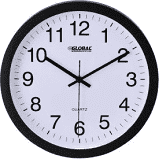 What did she used to tell her son? She had a philosophy she often shared with her son.
“You’re only given so many minutes to live and you must take advantage of those minutes. Some people are given more minutes than others.” Her last line would be: “The important thing is that you make the most of the time you are given.”
I can testify, verify that as one ages time is something one gives  more thought. When I was a kid a day could be an week. Seven days before another basketball game an eternity.
Thinking this morning about time and what this mother had said to her son reminded me of a conversation I once had with a fella coffee drinker. It was in a discussion of all things, burial plots, cemetery lots. At that time we had just sold two burial plots my wife and I had back in Indiana and purchased two here in Nashville. I had said to him, “I’ve just bought a couple lots, burial plots that I now own.” He looked at me and said, “You don’t own grave lots, burial plots. That Corvette you pulled up in you don’t “own.” Two things will happen with that car, either it will turn to junk or someone else someday will have it. In fact there isn’t much in life that we really own, we think we do, but for the most part we’re all just ………”Renters.”
Some day I may find what I think is the proper opportunity to walk up to this man and share my appreciation for what his mother often said to him. He’s rather well know in certain circles. I would like that. He’s Scott Hamilton the famous athlete, famous Olympic skater.