NOW RUTH
Bad news, that business about Abigail and asking for a date. I did.
She turned me down. She did it graciously, but with a smile, “No, I’m sorry.” I think I actually lost out to a fella with a better lookin’ donkey, money and his parents had the biggest flock of goats  and sheep in all of the land. Also, owned the biggest cheese factory in the world. You know goats and cheese they go together. You’ve heard of it, Pimento cheese. 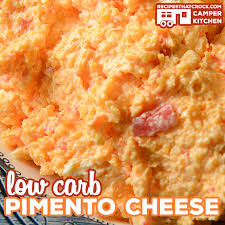 Another lady of interest I thought about was Ruth. Now there is an interesting lady. Why might one be attracted to her? She was even married once before.
She was from one country married a guy from another country so they had mixed cultures. I think about the sadness in her life. Her husband dies, her father-in-law dies and history thinks probably she had no children. That was a big deal back then. A widow with no means of support. At the mercy of society. Also, no Habit for Humanity at the time.
I think one of the things that might have attracted someone to her was her attitude toward life. No where do we read of “poor pitiful me.” One thing I so respect is her attitude toward change. Change was often handed to her and she just dealt with it.  Some folks just don’t deal well with change. 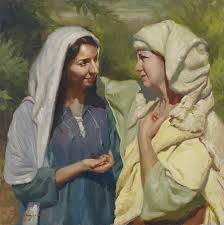 “Don’t urge me to leave you or to turn back from you. Where you go I will go, and where you stay I will stay. Your people will be my people your God will be my God. Where you die I will die and there I will be buried. May the Lord deal with me, be it ever so severely, if even death separates you and me.”
Ruth–Chapter one
Where you choose to go, live, associate with I will also. All this said to her mother-in-law when her mother-in- law tells her, “you need to go back where you came from, go back home.”
As I said some folks do not adjust well to change. I think about my own life and my wife. When we married we moved a little over one hundred miles from our families. No big deal. But at the time her father was terminally ill, she was an only child and her mother was left to deal with that situation.
After nearly fifteen years in one career area  I chose to leave that field. We not only changed careers but we moved to a distant state. Change. And my wife never flinched a bit. Three years after that I changed careers again and we moved. This time completely across the country. Moved to what was in some ways a “foreign” land for us. It took our family to where we lived thirty miles west of New York City. To a state and place neither my wife or I had ever been. Change. Again my wife and family never said “no way.” There was not, “this is a deal breaker” issue.
Then change again came in 2002. We retired and again moved “clear” across the country from New Jersey to Tennessee. All during our years we moved, we built houses, we sold houses, bought houses, liked some houses, did not like some houses. But like Ruth the bottom line was, “where you go I will go.”
Maybe in a few ways I have been married to a Ruth. But had I lived in Bible times I think she was one that one might have at least had an interest in meeting because of who and what she was. Ruth, she had a kindness and compassion about her. Concern for others.
Said of Ruth about the care and attention she gave to her mother-in-law Naomi:
“Your daughter-in-law is better to you
than your seven sons.”
Interesting this lady would go on to have some famous relative, her great-grandson, that would be David.
Hey I bet the lady–Ruth— I bet would at least have made an interesting “coke date.” Maybe? (Just don’t bring your mother-in-law)
=========================================
May  22, 2020
Keep on,
Larry Adamson