“NOT WHAT I EXPECTED”
The story is told of an old man who sold vegetables in his little town. Everyday for many years this old man with his mule pulling his wagon they would come to town walking down the main street selling his wares, his produce. An old man and an old mule. One day as they walked the street his mule fell over dead. Bingo, lights out.  To which the old man in distress was heard to say: “Well I never know ed him to do that.”
Recently early one morning as I sat alone in a back booth at my coffee place nursing my coffee I over head a statement that gave me pause. Sitting in a booth in front of me were two young people. I would guess them to be college age. I heard the young lady say to her male friend, in a rather distressed voice, “I sure didn’t expect it to be like this, I didn’t expect this to happen.” I knew nothing more of the circumstances of the conversation other than that statement.
Hum. As I sat there a bit I got to thinking how many of us could identify with that statement, “I didn’t expect it  to be like this.” The one time sweetheart of film and a singer with  the great Les Brown band, Doris Day once told us in song something her mother had once said to her, “Whatever will be will be.” 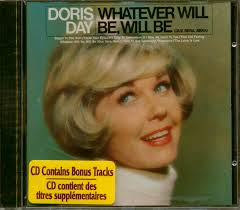 Who among us can not identifying in some measure with what the young girl in the booth near me had said? I didn’t expect it to be like this….in occupation, kids, location where living, health, marriage.—–can one not name an area of life and that question does not creep into ones thoughts? And we don’t always mean that in a bad way, just was it like we expected. it would?”
“Well I’d never know ed him to do that before.”
“What ever will be will be…Que Sera, Sera” is it just a phrase indicating …..“Cheerful Fatalism”?
What percentage of anyone’s life would they be willing to say has happened——–just like they thought it would?”
I would think not many. You?
=========================================
January 8, 2020
Keep on,
Larry Adamson