NOT EVERYONE  DOES IT THE RIGHT WAY
“Oliva batted with a knock-kneed stance. He would lunge at the ball when it was pitched to him. As he waited for the pitch his weight rested on his front foot, the one closest to the pitcher. You’re supposed to keep your weight on your back foot. He was all wrong.” This was how players who first saw him play described him hitting. 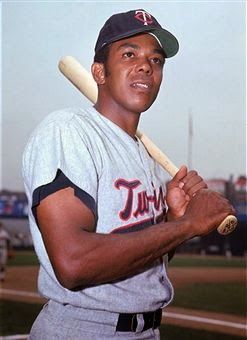 Generally when I go to a basketball game, which is often–3-4 times a week, I like to get there early. I like to watch the kids especially in shooting warm-ups. Watch their mechanics of shooting. The other night I watched this one kid and thought to myself, “he’s got shooting problems, sag off him, dare him to shoot.” His release was not good, his balance likewise, often falling away, seldom squared up to the basket.
When I was working golf tournaments one of the things I liked to do was go to the practice range and watch the players hit balls. To me it was especially interesting to watch players that had less than a picture swing. Often watching and wondering how did they do so well with that swing.
The Oliva in the first paragraph that was Tony Oliva. He went on to play fifteen seasons in the major leagues. Eight consecutive years he was selected for the all star team. He has a lifetime batting average of .304.
The kid I watched shoot the other night. He had 14 points in the first quarter. Golf swings, well say a Jim Furyk has done rather well for himself over the years.
You know there are people in life “Who do things less than the picturesque way, what some would say “the right way” and have done rather well for themselves. Maybe the best thing to do before making final evaluations is let them do what they do. Let the results speak for themselves. The most important thing is “getting the job done.”
==============================================
November 30, 2019
Keep on,
Larry Adamson