Mr. Tolstoy—Think again
“The question brought me to the edge of the abyss, when I was fifty years old, and the question is this, what will come of what I do today or tomorrow. What will come of my entire life? Expressed differently, why should I live? Why should I wish for anything, or do anything or is there any meaning on my life that will not be destroyed by my inevitably approaching death.? My deeds, whatever they may be will be forgotten sooner or later and I myself will be no more. I therefore could not attach a rational meaning to a single act of my entire life.”
Leo Tolstoy 1828-1910
Not so Leo. Too bad you never lived to meet Ann Dinardi. 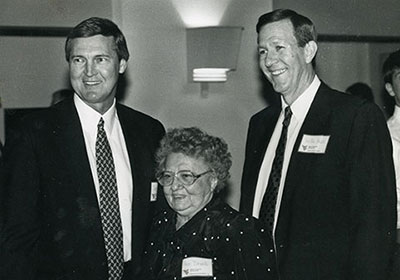 Ann Dinardi was a 1931 graduate and one of the first women to graduate from the U. of West Virginia. During her years she lived on in Morgantown and housed some of the greatest basketball players to come from the University. Willie Akers, Rod Hundley, Rod Thorn and Jerry West to name a few. She called them “my boys.” Jerry West said he would have never gotten through college had it not been for her. In her five room house she housed two boys to a room. West tells the story of one day starting to leave school he was so home sick, told her “this is not for me, I’m going home.”she made the difference, he stayed. “You can’t leave you can stick it out.”
“She’s a great woman.”–Rod Hundley. An administrator called Dinardi one time and said he needed help with this boy, nobody wanted him, he was constant trouble. “He was the most love able man in the world,”
“He wouldn’t get up in the mornings and go to class, so I kicked the bed and told him he was gettin’ up and goin’ to class.” He did.
So Leo….sorry you are wrong..what you are saying may be true with some folks lives…some deeds of some folks and some folks don’t contribute much to the lives of others. Yes they may be forgotten..but not all.
When this lady died Jerry West and many of the others returned for her funeral and they established a large scholarship fund in her name. Her name and the memory of her lives on. 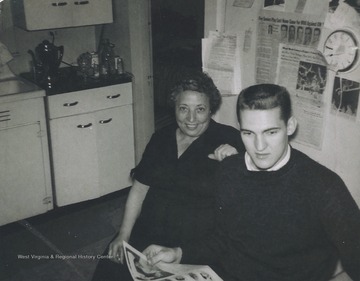