KENNY ROGERS
This morning as I pulled out of my drive headed to my coffee place I heard of the passing of Kenny Rogers. Sad. And it brought back memories. 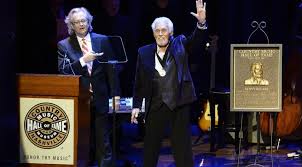 A few times over the past I had the good fortunate to drink coffee with someone who was instrumental in the success of Kenny Rogers. A song writer, Don Schlitz. I was sitting in my coffee place one morning when Schlitz walked by my table. As he did I said to him: “You got to know when to  hold them, you got to know when to fold them, you got to know when to walk away.” To which he said, “Getting my coffee I wanna talk with you.” Another time Schlitz sat down at my table pulled out a piece of paper and said, “I just wrote this last night, take a look at it and see what you think?” To which I told him I was the last guy to make such an evaluation.
During my time on staff with the United States Golf Association Rogers did a show at one of the functions. I was again fortunate to be backstage with him for a bit prior to him going on stage. Two things I remember about that evening, one is what he was paid for the show ($100,000) and two, how the speaker before him was taking too much time. The function was in Los Angles and Rogers had a midnight show to do in Vegas.. He had a helicopter in the parking lot waiting to take him directly to Las Vegas.
The other thing I remember was how nice he was to me. At the time Rogers was living in Georgia and on his property he had built a golf course. Before he went on stage that evening he gave me the name of a person to contact and said, “If you are ever in the area you are welcome to come and play my course.”  That was all I needed. A few weeks later on my way home from Augusta I did that very thing. I went and played the course. One other guy and Rogers dog (who went all holes with us) we were the only ones on the course that day.
One of the greatest lines from a Rogers song says:
“The best you can hope for is to die in your sleep.”
I’m not sure there is a  truer line than that. RIP Kenny Rogers.
===============================================
March 21, 2020
Keep on,
Larry Adamson