I’D LIKE TO SEE
There are a lot of things I’d like to see. Boy, what a true statement that is.
But here’s one. I like to see the Indianapolis 500 race ran just once again with nothing but the old roadsters type cars. Like they had in say the late 1950s’ or early 60s’. Yea, I would. Those old type cars but with the current day drivers. Kinda like the idea of say a PGA tour event today but all the players playing with the old clubs, the persimmon small head clubs. I also would like to see that. 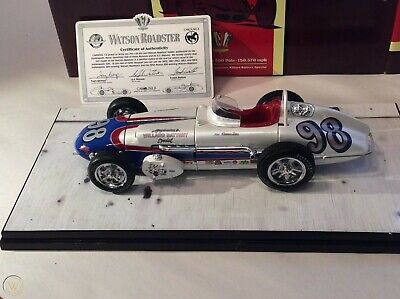 I’d love to see ole 98, the Willard Battery Special, once driven by Parnelli Jones comin’ down the front stretch at the brickyard. Or how about the Sheraton Thompson Special (number one) of Anthony Joseph Foyt   (A.J) going into the first turn. Who can forget Jim “Herk” Hurtibise in the lavender number 56 belching smoke as he would leave the pits.
Note. Going to the track back in those days could prove to be a cheap date. I once took Barb (now my wife) to qualifications. Standing along the fence by the pits I ask her to pick a favor car. You know her criteria for picking a car. A driver? No. Speed of the car? No. She picked her favorite car by color. And it was Hurtibise’s car. Today I have a replica of that car sitting on my desk. 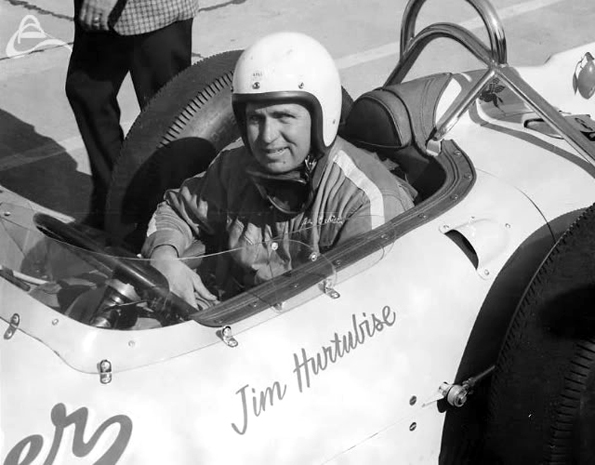 I’d love to see the modern day jockeys drivin’ that old equipment and see what kind of speeds and how well they could handle them. No, I have no doubt they would do fine, but just once wouldn’t it be interesting to see that happen.
I guarantee you if that was announced I’d be the first in line to get a ticket. I’d even break open the cookie jar where grandma used to hide her extra egg money in order to buy a ticket.  Yea, I would.
P.S. By the way today I currently have ten replicas of cars of that era. And I’m buyin more. Rogder Ward, Don Branson, Bob Swikert, Eddie Sacks, Roger McCluskey.  Aw the list goes on.
=========================================
March 21, 2020
Keep on,
Larry Adamson