“I SAW YOUR PICTURE”
On a recent car trip back east my wife and stopped for the night in Staunton, Virginia.
Staunton, Virginia is the home of Mary Baldwin College, the home of President Woodrow  Wilson but more importantly in my book, the home of the Country Music Hall of Fame group, The Statler Brothers. Harold, Don, Phil and Jimmy (Lew). 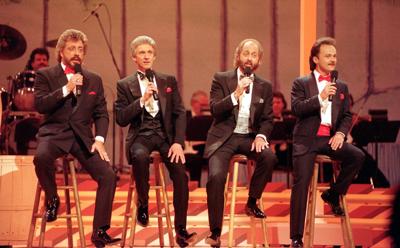 I first heard the group in 1965. I still remember where (drive around the square in Frankfort, Indiana) when the song. “Carry Me Back” came on the car radio. The lyrics caught my attention.That would be the beginning of a love affair with the group. Over the years I would see them many times and on a few occasions have the good luck to sit and talk with them. They wrote so much of their material, especially the two brothers Don and Harold Reid. Much of their material had a strong appeal to those of us who grew up in the 1950s’. “The class of 57 had its dream, we all thought the world would change to fit our needs.”
The other night staying in Staunton, as my wife and I came in from dinner, walking into the hotel lobby I picked up a local newspaper. When I used to travel I always tried to get a local paper not just a national paper but a local one. Local papers give you a feel for the community.
Getting back to the room I sat down with a cup of coffee to look at the paper. Coming to near the back of the paper was a section entitled, “Engagements and Weddings.” As I looked at this section immediately I was taken back to one of my favorite songs of theirs that Don had written. “I Saw Your Picture In The Paper”
I saw your picture in the paper Sunday morning
Lord, you sure looked pretty in your gown
The smile you were wearing was the one I remember
And your hair was never prettier
except when it was down
Yeah, I saw your picture in the paper Sunday morning
And to say the least it took me by surprise
I must’ve sit and looked at it for,
Lord I don’t know how long
Just thinkin’ what was goin’ on behind those eyes
I read the whole description
About the music and the bridesmaids
I’ll bet your daddy threw a fit when
he had to get dressed up in that tux
And I noticed where you sister came home from Texas
I know you were glad to see her
And known’ your mama, she probably cried
But then so did I
I saw your picture in the paper Sunday morning
By then the honeymoon was almost through
So now you’ve made your bed and I hope you lie well in it
And I hope you’ll both be happy, you see I still lie well too
I saw your  picture in the paper……..
Don Reid
Backstage one night at a Johnny Cash concert in which, the Statler Brothers were a  part of, my good friend Cohort (Mike) and I asked Harold about the lyrics of that song. “Was that song true,”? He gave us a smile and a quick answer, “Ask Don.”
I was reminded of something Tom T. Hall had once said to me when I ask him about a girl named Barbara Walker in a song he had written. I had asked him “was that line true.” He paused a moment and then said to me, I’ve never forgotten,  “Every song is true……..to someone.”
Yes the song “I Saw Your Picture In The Paper”, yes it was true. True  to probably more than just “someone.” Many someone’s. I even knew one or two.
=============================================
October 22, 2019
Keep on,
Larry Adamson