“I DON’T LIKE JEFF GORDON”
“I don’t like Jeff Gordon.” “He’s a cry baby.”
That once was said to me after I had made some positive reference to Gordon. 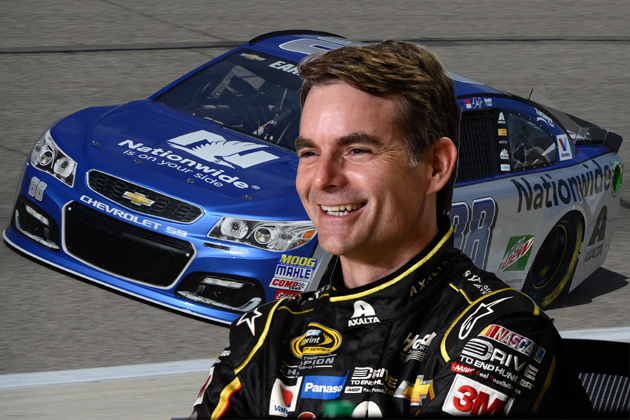 I might note that was said by one that some might reference as a “redneck.” Also, his beverage intake probably was a bit more than he needed. I replied to the party, “Can I tell you why I like Jeff Gordon?” I then shared a personal story with him.
There was a period of time in my life when I attended a number of NASCAR races. Daytona, The Brickyard, Darlington, Charlotte, New Hampshire, The Monster Mile  and others. With our work and television connections I was fortunate to find myself in a number of special situations. (Even was put in a car with one of the drivers on the track the morning of a race. Helmet, strapped  full speed ahead, the whole nine yards.)

Now Jeff Gordon. I was sitting in a television networks office at Daytona waiting for a friend. Sitting across from me was a young lady also waiting. The two of us became engaged in a conversation. She told me she was waiting for Jeff Gordon. That got my curiosity. She went on to tell me she worked for the “Make A Wish Foundation.” “Make A Wish Foundation” is an organization that works at trying to provide those generally with terminal or very serious health issues a wish. Often a last wish. She went on to say they worked very closely with NASCAR as one of the most  requested wishes, especially for children, was to meet a race driver. They generally meet up with a driver just a few hours or less before the race.
She was waiting to meet up with Gordon and in turn take him to a private area and meet with a young boy and his parents. “Jeff is the most requested of all the driver’s. He’s terrific with the children.” She went on to say that they ask a driver to give up fifteen minutes with the requested party. “Jeff, on my, you never know there have been times where he has given an hour even more to a situation. He sits down with them, he talks with them. He’s is so good.”
She went on to say she knew of situations where Jeff would find out the child’s birthday. On that day he might even call or acknowledge the child’s birthday with a gift.
Sometimes one of the best things that can be given to another is time. I think Gordon realized that none of us know how much time we have. But we can become aware that very possibly some have less  time than others, and he could give a bit of his.
I like Jeff Gordon. Today on occasion  we see him on television in the broadcast booth as he has retried. I bet that child and his parents did not care one bit that they were meeting up with “A Cry Baby.”
Interesting isn’t it the terms, the labels some put on others.
==============================================
April 4, 2020
Keep on,
Larry Adamson