HANK WILLIAMS
Early this morning as I pulled from my drive headed to my coffee place I slipped in a Hank Williams cd.
Sixty-seven years ago today (January 1,1953) the world woke up to the news of the death of Williams. Probably there is no other country music personality more known that Williams. I was fortunate as a young boy to hear and see him once. Walk into any country honky tonk today and I guarantee you the wanna be singer on stage can and probably will do some of his song. 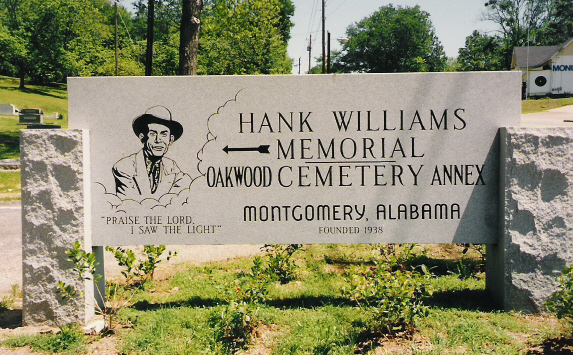 Williams life was in disarray, a mess in late 1952, His death came in the back seat of his Cadillac car being driven by a Auburn college student, Charles Carr, on the way to perform a New Year’s Day show in Canton, Ohio. Somewhere near Oak Hill, W.Va he died.
So many interesting stories about Williams and his music. I once heard his daughter, Jett Williams, tell an interesting story about one of his songs. When an artist released a song the record label generally tried to promote  one side of the record over the other side. A song would often be referred to as the “A” side and then “B” side. The “B” side would be considered kinda a throw away recording.

Six months after Williams death a recording was released. A disc jockey by mistake played the “B” side rather than the “A” side as the label had requested of stations. Folks began to call in and ask play that record again. The “B” side recording ended up being William’s biggest selling recording of all time. Interesting it happened six months after his death and happened kinda by mistake. Jett went on to say that he never played that song with his band, The Drifting Cowboys, and he never sang it live on stage. Think about that a song that he would come to be noted for as much as anything he ever did. It never happened while he was alive nor he never sang it in any of his personal appearances. The song, “Your Cheatin’ Heart.”
As I said I had the good fortune to see him once. Also a while back visited his boyhood home in Alabama and weekly I drive by the home he own during his Nashville days. I also had the good fortune to sit on a number of Sunday afternoons and listen to Hank’s old steel guitar player, Don Helms, play and share stores with us.
Your cheatin’ heart will tell on you,
you’ll cry the whole night thru.
“When tears come down like fallin’ rain you’ll toss
around and call my name”
You’ll walk the floor the way I do,
Your cheatin’ heart will tell on you.
“That’s the problem Minnie, there ain’t no light.”
Sixty-seven years ago today he was dead at age twenty-nine.
===============================================
January 1, 2020
Keep on,
Larry Adamson