“HANDS DOWN HE WAS COOL”
I saw Buddy Holly on the 4th of July I think it was 1958 at an outdoor park in northern Indiana. An out door music park called Buck Lake near Angola,Indiana. My buddy and I drove up to see him. We first saw him drive in the park, get out of his car and walk to a trailer he was pulling. He was dressed in blue jeans a T-Shirt and had them glasses on. I said to my buddy, “Hey there  ain’t nothing cool about him, look at ’em.” By the way later that day shortly after he took the stage and started doing his thing I retracted my words and told my buddy, “He’s cool.” He was. 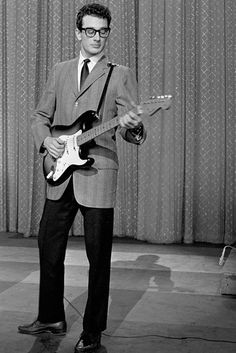 On stage at Buck Lake
This past December 31st marked the anniversary of the tragic death of Rick Nelson and his band in a plane crash outside of DeKalb, Texas. December 31st, 1985, thirty one years ago.
As I sat drinking my early morning coffee this past 31st I thought about Nelson. I was fortunate enough to see him once. It was at a theater in Indianapolis, Indiana. i will cut to the chase, without question he was cool. Correction. He was beyond cool. I remember thinking as he came on stage to the screams of the girls, “This guy may be the best lookin’ guy I’ve ever seen.” He just stood there saying very little, doing very little, but singing and putting a spell on us kids. “I’m A Travelin” Man,” “It’s Late,” “Have I Told You Lately That I Loved You.” 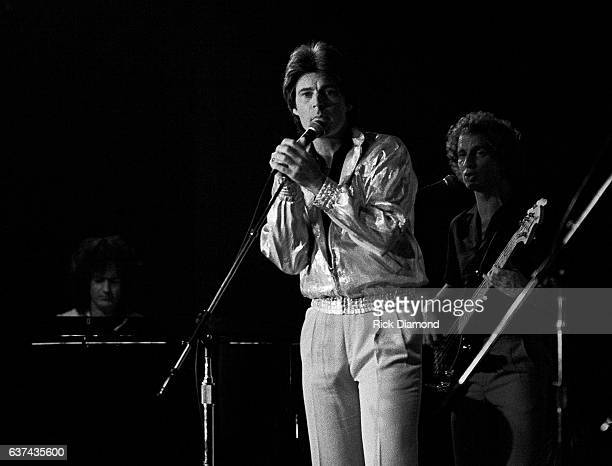 The most jealous male in the audience would have to agree he was cool, and he was good lookin’….without question or maybe even competition.
A couple years back I was in Green Bay, Wisconsin for a three day old rock n ‘roll car show. Who should be appearing there but his two son’s Gunnar and Matthew. Both those sons are handsome young men themselves, also very talent. But as a Texas politician once said to a political rival “you’re no John F. Kennedy” ….I’m not sure there was anyone more cool in appearance than Rick Nelson. I miss him.