Definition: A person who spends a large amount of time at a gym.
I was at a basketball game the other night. One of the guys I was sitting next to was a former  high school and college coach. We both were watching the game when a time out was called. As the players were walking toward their benches my friend leaned over to me and said: “Adamson, you being from Indiana you get this.” With that he pointed at one of the players walking by us and then he said, “That kid is a gym rat.”
Now when one uses the word rat in referencing it generally is not to be taken in a positive way. Being from Indiana I understood exactly what he meant. He and I both knew that he had just paid that young man a high compliment. Maybe one of the highest compliments that can be given to a basketball player. Over the years I have seen gym rats even had a few in my coaching days.
A gym rat is a kid who loves the game beyond most. He’s the kid who is early to practice and last to leave. He’s the kid that says to you at the end of a practice, “Come on coach let’s play a game of “horse.” And after beating you says, “Oh, come on coach let’s play just one more.”
He’s the kid that sometimes you have to turn out the lights and tell him “go home.” He is not always the most talented kid but he is the kid with the most passion for the game. He’s the kid that in a game if there is a ball loose on the floor there is a good chance he will be at the bottom of the pile, regardless of his size. He’s the kid who somehow has figured out how to get into his high school gym at all hours of the day and night. Maybe even has a key to the gym through workin’ ( bribe) the school janitor. He’s the kid that will spend hours alone by himself working on a shot, a maneuver, a cross-over step, a change of directions dribble just for that one chance to use it in his next game. He’s the kid who has spent countless summer hours at an outdoor court when others are down at the local Dairy Queen. 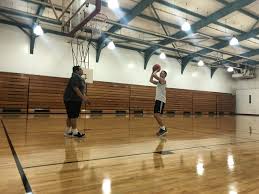 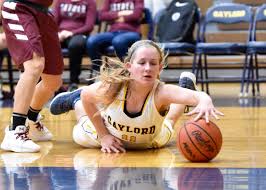 He’s the kid who  doesn’t always make the best judgement on when or where to make a pass, he may take a shot  at a time and place that his coach would prefer he did not. More than likely he’s gonna commit three or four or in some cases maybe even foul out of a game. He’s the kid you wish all your kids played with his fire, desire. He’s the kid that occasionally you have to bring him to the bench to sit with you for a couple minutes and then quickly get him back into the game. He’s the kid that on game night when everything is going wrong for you, you want the ball in his hands.
He will be just a little of some things coach’s don’t like and a  multitude of things coach’s love about kids and wish there was only more of what that kid possessed. Bottom line, you love gym rats. You don’t see a lot of them anymore, but they are still out there and anyone who loves basketball, loves gym rats. Still today we look for them, they are special.
In basketball circles it is a high compliment to be called a “gym rat.”
==============================================January 15, 2020
Keep on,
Larry Adamson