GREAT RESPECT
I have great respect, appreciation for those who through no fault of their own find themselves in difficult situations.
In recent time I have been doing some reading about the British Crown. Having been fortunate enough to visit England a few times I find their history,  people, traditions interesting. One such person I have found most interesting is the former King, King George VI. Albert Frederick Arthur George–December 1895-February 1952.

Albert found himself in a very difficult situation. A situation not of his own doing. Upon the death of Edward VIII George’s older brother Edward was in line to become king. Problem, seems Edward had taken up with a former divorced woman, an American, Walls Simpson. Edward had to make choice between a woman and the crown. Edward chose the woman and thus “Bertie” was now the new king. A “job” he had not ask for or wanted. A responsibility he felt grossly inadequate at performing. But he accepted and history I think bears out he did a good job and was a popular King. Then upon his death his oldest daughter would be placed in a similar situation. If the older brother, the one who was actual in line to be king,  Edward had accepted the crown, Elizabeth would not have found herself in this situation. But as her father she accepted and I think history would find her well in that role.
Again people are placed in situations not of their asking or even liking. I think of Vice-President Harry Truman upon the sudden death of President Roosevelt. As Mrs. Roosevelt said to Truman, “No,  Mr. President what can I do for you.”
But you know this happens often just not on the level  of a king or a president. How about the party who lives down your street, maybe goes to your church, or works with you. Suddenly there can be changes. Divorce, death of their spouse, they now are left to raise the young children. Be both mom or dad. They certainly did not chose this lot. 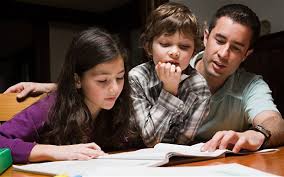 I remember when I taught school one night at a parent review a man sitting across from my desk, ” breaking crying and asking what am I gonna do, I need help.” His wife had just passed and he was left with the responsibility of raising a fourteen, twelve and seven year old. I was amazed at how he accepted that misfortune that came his way. Over time I would have the good fortune to keep track of him and his three. Years later I would be passing through that community stopping for lunch at a restaurant I got to see him and learn how he had done well. How his three children had  moved from those difficult years into well and happy adulthood.
You know everyday there are folks who are thrust into situations in which they did not ask for or deserve. As we observe the question might be something similar to Mrs.Roosevelt’s words to the new president:                                                      “What can we do to help?”
=========================================
March 27, 2020
Keep on,
Larry Adamson