GOLF TOURNAMENT–I WON
Yesterday I played in a golf tournament. It is a tournament that has been held for years. The committee and chairman were veterans at hosting this event. It is a state wide event that is held every four years, receives wide publicity by the participants and the media. Now this year it had, give or take, about ten or so participants, players. This state is the first in a series of states to host these type tournaments. All of us players had been there for a number of days over the past months practicing how we were going to do.
It was early evening when we finished play turning our scorecard into the committee. We were told that the results, while some new twists and turns in the statistics would be given this year, would be available before too much time. Having played in this event before the final results as to who won. who did and did not do well, they had always been available in about an hour after play was completed. This had been the case in past years of this event. 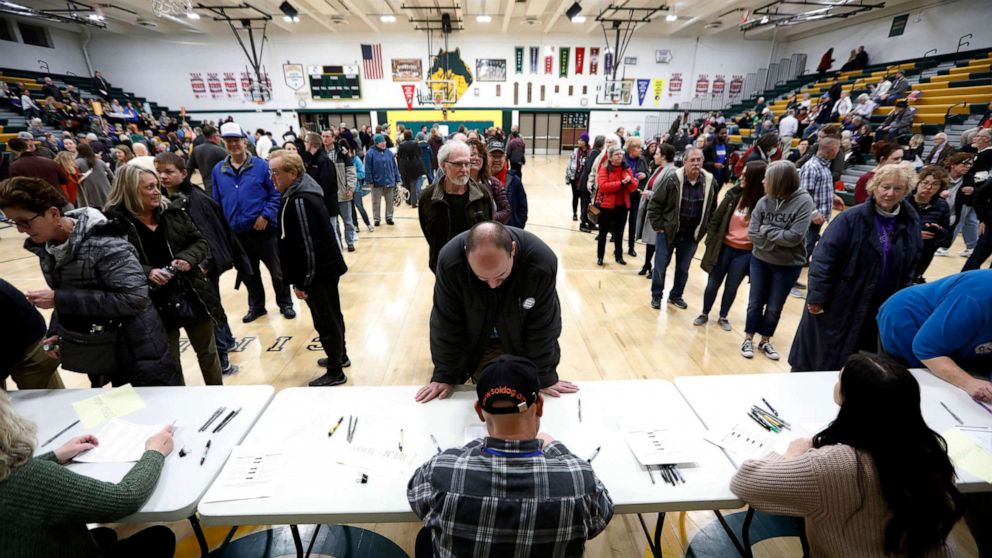 (Voting at a polling place)
As we players sat in the clubhouse we begin to see that evidently there were some problems. Time continued to go by and no results. Nothing. Finally the committee released a statement saying they were having some issues figuring out the final results, but they wanted to get it right, etc. They wanted to do some “quality checks” with the numbers each of us had written on our scorecards.In years past this had not been an issue but now with the “newer and better” system this information  would be given  but it would be taking longer. They wanted to get it right.
As time past one of the players went the podium and said that they had really done well, shocking the public on how well they had done. Another followed saying “they had delivered a blow much bigger than their weight.” (Whatever that meant) Then a third player got up and said that they had surprised everyone with how well they did  and this was really going to carry weight as they moved on to another state to play in their event. A fourth player got up and said “that the public was going to be shocked with the results and how they were moving on.” Another player declared that they felt they were the winner.
Well finally I had enough. So I got up, now I know no results had not been made, no player knew who had won, did well or poorly, as the  results were not known. As I got up  started to the podium the thought came to me “How does anyone know anything, the results have not been given?”
“How can anyone, any of us say anything about who has won, lost, did great, poorly, when the results have not been announced.”