“GIVE HIM MY SECOND NUMBER.”
Note: The following story was told to me by a friend who was standing backstage at the Opry and saw this happen.
The oldest continuous radio show in the country is the country music show The Grand Ole Opry.
Some of you may be familiar with the show. It has been on the radio out of Nashville,TN since 1925  on station WSM. The show is made up of a collection of performers unlike what you would see if you went to a concert today. It is divided into four or five thirty-minutes segments with three or four performers generally doing one number. Each segment has a host, that host will do two or three numbers and will always close that portion of the show. 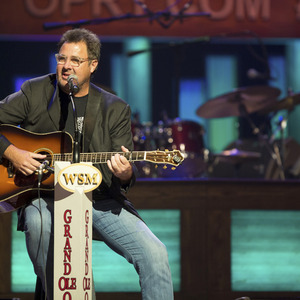 Over the years a friend of mine has made some guest appearances on the Opry. Quite an honor. He has been a very successful performer and is also in the Songwriter’s Hall of Fame. On this particular evening, the current evening host or star of the of the segment was scheduled to do at least two songs and then close the show with a last number from him.
My friend told me that he observed the star doing something that is almost never done by a performer. “I saw………go to the program/stage manager and say something to him, and I heard the program manager say,
‘Are you sure that’s what you want to do?” The featured performer for that segment has said to the stage manager, “Give him my second number and my closing number, give him my time, I want him to close the show.”
My friend said, “In this business, you just don’t see someone giving up their time to be out front and center, on stage, to another performer, let alone letting another close the show.” That stage and airtime however short it may be is money and exposure to a performer.

The person appearing in the star’s segment of the show was an old veteran to the business. Some would say that his time had passed. The current day start remembered when this man was on top, and he had since fallen on hard times. The star was not thinking of himself but the welfare of another. So seldom today do we see another giving up what their’s to another. “Give him my time and second number and we will let him close the show.”
The star, the one giving up his time personally I think he is one of the most talented people to ever come to Nashville. Not only is he talented but he has a gift of kindness. That is Vince Gill.
By the way he has a new album that either has been or very shortly will be released “Okie.”
“Being kind means more than being right.”—Vince Gill
=========================================
August 29, 2019
Keep on,
Larry Adamson