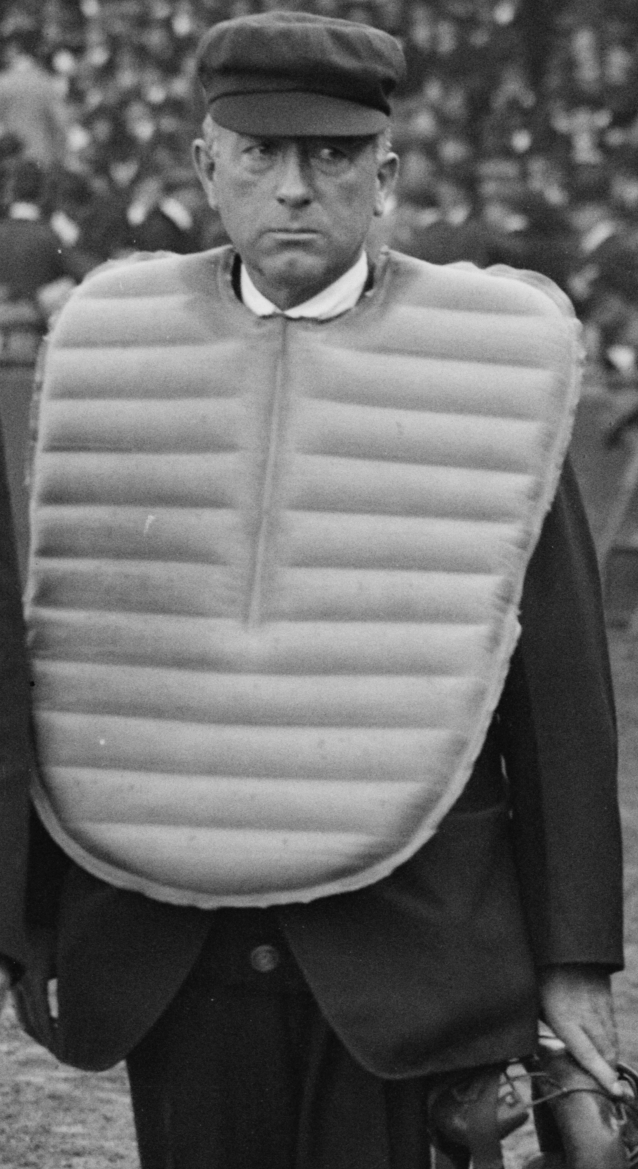 Tommy Connolly
I think one of the best things that can be said of a person who finds themselves in a position of authority is: “They are firm but fair.”
He was an Englishman who found himself established in the American game of baseball. A small man, five seven and forty-nine years old when he began his career as an umpire. He was never much of a player but loved the game and early on found himself immersed in the rules of the game. When the American league was formed in 1901 he became an umpire. Tommy Connolly had the distinction of umpiring the very first baseball game ever played in the American League and also the first World Series.
In those days of early baseball an umpire often worked the game alone. Not a crew like we see today. He commanded the respect of the players. Often an angry player would charge him following a close play. It was said Connolly would stand his ground, allow the player to vent his frustration and then ask of the player, “Well, are you through? Officially he’s safe, and you best go back to your position.”
“You can go so far with Connolly, but when you see his neck get red, it’s time to lay off him.”–Ty Cobb
The Pitch that Killer––Mike Sowell
I think society can always use and seems to always be in need of those who are “firm but fair.” I think especially today society could use more Tommy Connolly’s asking,”Are you through, now you best go back to your position.”
Connolly had a philosophy, a simple one, “Maybe I called it wrong, but it’s official.”
I kinda like that. “Now let’s get on with it.”
========================================
July 28, 2019
Keep on,
Larry Adamson