FATE AND WHAT “IF”
FATE: The development of events beyond a person’s control as determined by a supernatural power.
Fate often plays a role in the lives of everyone. True, some more than others. There are a lot of “if only’s” in fate.
If only he had been late.
During my high school and college days I followed auto racing closely. Especially sprint and midget racing. I often traveled the Midwest to numerous tracks becoming acquainted with various drivers.
I grew up in southwestern Indiana and in Terre Haute, Indiana there was a half mile dirt race track. Became famously referred to in racing circles as “The Action Track.” Over the years there is no telling how many races I saw there. Sometimes on race day we might even get there early enough to help some of the drivers unload their car. 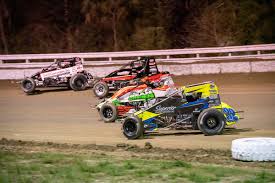 In the late 1950s’ and into the 1960s’ all the well known names in Indy type racing raced there. Foyt, Unser, Bobby and Al, Andretti, Branson, Marshman, Jones, Hurtubise. You name it they were there. Sadly I saw too many accidents there and even worse where some lives were lost.
I still remember a day in August of 1962. Still to this day I think of one particular driver and the word fate. Jackson Hagemeyer was an aspiring race driver who had come to Terre Haute on that day without a ride. A race ride. Prior to the race I had been in the pits  and over heard a conversation that involved him and a car owner. Hagemeyer had arrived at the track but with no promise of a ride for that day. 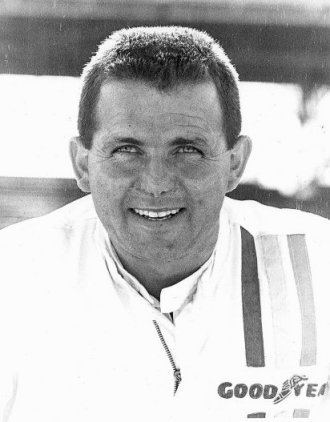 (Jim Hurtubise)
Jim Hurtubise one of the top drivers of the time was scheduled to drive a particular car on this day but by warm up time he had not arrived at the track. He was late. Hagemeyer in talking with the owner of the car, Barnett Brothers Special, was told to get in the car and do the warm up laps and if Hurtubise did not show by the time of qualifications, for that day the ride, the car would be Hagemeyer’s for the race. This could be a major boost for this young aspiring driver. 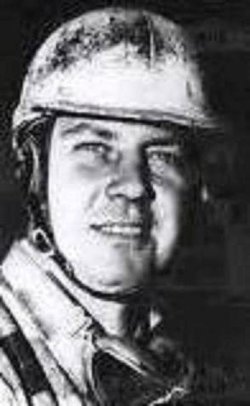 (Jackson Hagemeyer)
Fate. Hurtubsie shows up just in time to jump in the car and qualify. In turn Hagemeyer secured a ride in a car of questionable quality. Having seen the car earlier in the pits even I knew this was not something one would one to get in and try and qualify. Near the end of qualifying Hagemeyer in attempting to qualify  hooked a rut ( the track was rough that day) flipped his car in first turn near where I was now sitting. Sadly, twenty-seven year old Hagemeyer lost his life that afternoon attempting to qualify.
Hurtibsie, in the car that earlier in the day Hagemeyer had driven in practice hoping that it would be his ride for the day, well Hurtibsie  in the Barnett Brothers Special, won the race that day in the thirty lap feature.
Late that afternoon as I was walking to my car I passed the wrecked sprint car. It had been pulled some distance from the pits and now sat in a barn like building.
Now days when I return to that area I often drive by the fairgrounds and that race track. I look over and still remember that sad afternoon in 1962. What “if” Hurtibsie had not shown up that day. What “if” he had been more than late. What “IF.”
What if’s are all over life…aren’t they.
You got any?
=========================================
January 24, 2020
Keep on,
Larry Adamson