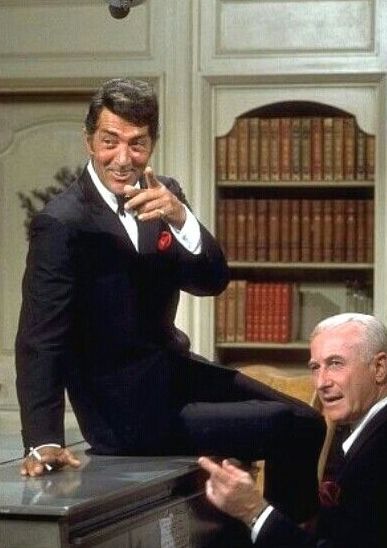 That line is title to a song and you may recognize another line once associated with that line, “I think I’m gonna  go to the couch.”
Now both those lines date you. “Everybody loves somebody” was a song made popular by the late Dean Martin. The line “I think I’m gonna  go the couch” was a line often said by Martin in his television show. Often he would say that line to his piano player Ken Lane after sitting on Lane’s piano and singing a song.
Interesting. The song was written by Martin’s piano player, Ken Lane. Not too long ago I had the opportunity to visit with Lane’s wife in her apartment here in Franklin. A gracious and classy lady now in her early 90s’.
Lane died in 1996 at the age of 88 in Lake Tahoe. “Everybody loves somebody sometimes” he wrote in 1947. Frank Sinatra, who Lane was his piano player prior to his time with Martin, first recorded the song. Later it was recorded by many others such as Dinah Washington, Peggy Lee.
Lane’s widow was quite  interesting in her own right. She was one of the originals Little Rascals. Many interesting stories she shared with us about Spanky, Alfa and Darla. She did say Alfa could be a bit of a problem at times. Kinda an instigator her words. Later she became a big band singer working with such bands as Tommy and Jimmy Dorsey. She had many interesting stories about her husband’s work with Sinatra and Martin. Her husband was Martin’s musical director for over thirty years. Saying they never had a contract, just a handshake. She spoke of how easy Martin was to work with. It was evident there was a fondness for those years and the time with Martin.

Interesting we figured out that I once saw her perform. She sang a lot with the Jan Garber band and they would perform at the Indiana State Fair. My parents often went to the state fair and would go to the featured show in the main arena at night. Such performers as Nat King Cole, Tennessee Ernie Ford and various big bands.
She was quite a lady and could speak first hand to the golden times of the big bands, Las Vegas and much of early show business. I was fortunate  to have time with her. Also, I was able to ask her about some show business maters, personalities,  politicians, etc.,  I had often wondered about that only an insider would know. She knew, will just leave it at that.
========================================
August 14, 2019
Keep on,
Larry Adamson