Just some thoughts:
DRIFTIN’ OFF
OK over early morning coffee I often drift a lot of places.
This morning I drifted back to 1953. In 1953 I was eleven years old. One year younger than now our youngest grandchild. 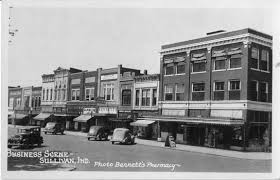 It was 1953 and often on a Saturday night my family would go to town. Town then was Sullivan. Sullivan, Indiana on a Saturday night. It was a busy place. All stores on the square stayed open until 9 o’clock.
“Do the stores still stay open on Saturday night downtown.”
(Statler Brothers)
It was some of the first times that I would be “released” on my “own.” Dad would park the car with instructions “you be back here no later than nine.” And off I would go but before doing so there would be a few words of instructions, “You don’t need to be walkin’ on the north side of the square, you hear.” 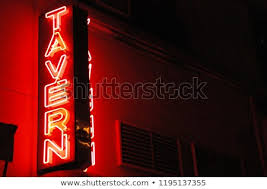 More times than not I did not heed the instructions. At least I’d make one circle of the square and I would walk that north side. But I would walk closer to the street, wouldn’t want someone in one of the honky tonks to grab me.
“I remember walkin’ ’round the court house square sidewalks
Lookin’ in windows at things I could’t want”
But rest assured if it was basketball season and Branch McCracken’s Hoosier’s were playing you could find me one place. I would be standing in front of the furniture store on the square. Reason in the show window of the store would be a television. It would be tuned to channel four and the ballgame.
“I’ve got my ticket have you got yours?”
At the top of the Indiana field house would be announcers Paul Lennon and some guy last name I think Cook. Paul would be holding up a Chesty potato chip canister pitching the sponsor’s product.

Indiana greats—Burke Scott, Don Schlundt, Charlie Kraak, Dick Farley and Bobby Leonard. They would be Big Ten champs at 17-1 and win the NCAA championship. Coach Branch McCracken boys.
Following the game I would head to Arnold’s News stand. There I would find me a booth in the back, order a cherry coke. Waiting on the coke I would walk to the jukebox drop in a quarter. You would get six plays for a quarter. I still remember one song I would play, “Seven Lonely Days.”
Last time I was home I ventured off Highway 41 and drove into Sullivan. I once again circled the square. All I could think of as I was doing was Alan Jackson’s song, “The Little Man.” Sullivan could be a poster child for such. And yes I drove the north side of the square. No neon, no music. No need to tell someone “don’t you go there.” The whole side of that square is now boarded up. And to think of what stories could float from those doors. 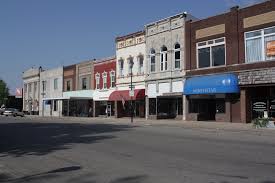