COMMUNITY ICONS
Icon is a word  hard to describe. You know or have an idea of what it means but yet hard to put exactly your finger on. One definition I read that I liked said an icon can be a person linked closely to an idea.
About an hour ago I got an email telling me that Dick Atha had died. The person sending me the email knew Atha. She, a fella Hoosier, had grown up in a community  where he had been well known.
I never met Atha. Wish I had.  I remember as a small boy being taken to basketball games at what is now Indiana State University back then (1948-49) as Indiana State Teacher’s College, Terre Haute, Indiana. I got to see him play.  He played for the legendary basketball coach Johnny Wooden at State. At the time I was a young age of seven, eight years old. Games where played in the old (old) gym on 7th Street. As a very young boy these times were the highlight of my life, basketball games there and then in the summer to be taken out to Memorial Stadium to watch the Terre Haute Phillies.
Atha was what one from my time we would call an icon. After college he was drafted and played professional basketball with the New York Knicks and the Fort Wayne Pistons. Also service in the military. But his “iconness” I think came with his years in Benton County. In that community for countless number of years he was basketball coach, principle, athletic director and various others involvements that I am sure most would never know or realize. He was a noted figure at Benton Central High School sporting events. Often getting up before crowds and leading in the famous Benton cheer. He continued to do that well into his eighties.
Thinking back to me, Atha was kinda a throw back to a time when communities had personalities. People who were proud of their community, wanted the best and did more than their part to try and make this happen. Those people who took a special interest in the young people in their community. I personally can tell stories where kids like me ended up going to college, job recommendations,etc/, because of the goodness of community “icons.” 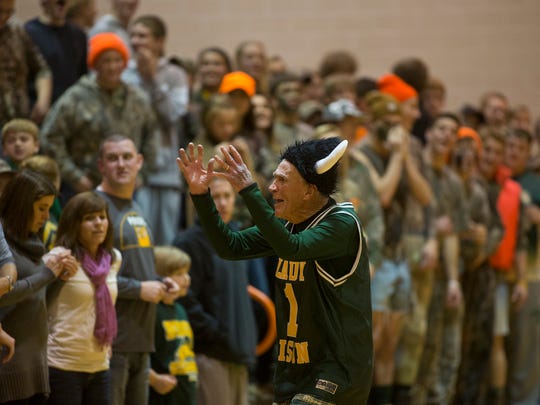