CHANCES ARE
Changes are pretty good that if one is ethical, honest, considers their word their bond, at least a few times in life it will be costly.
A few years back I had the good fortune of riding on Vince Gill’s tour bus with a few of his friends to a basketball game in Evansville, Indiana. Vince was and is a big Belmont basketball fan.

Just a few weeks before that I had bought a Emmy Lou Harris gospel cd. Loved the cd from the first time I heard it. As I sat on the bus nursing a coke Vince came and sat down in the same booth. “Vince I got to ask you something.” I then told him that I had this cd and I would swear that it is his voice singing with Emmy Lou on the cd. “Vince I love that cd, I swear that is you singing with her but no place on the cd can I find your name on that cd.  Vince smiled and then said, “Larry funny you should mention that. No one else has ever asked about that cd and it is one Amy’s and my favorites.”
“There’s a story behind the recording of that cd.” He went on to tell me.  He said that he not been in Nashville very long. Emmly Lou called him and told him she wanted to do a gospel cd and would like for him to be with her on the cd. She went on to tell Vince that she could not pay anything right then as even the record label had not signed on to the idea of her doing such an album. She gave him a time, date and location of the studio for recording. “I’ll be there.”
The following day Vince gets a call from his manager, “Hey, Vince I got something for you.” He then told Vince that he had a commercial for him to do. (Singing part) He gave Vince, the time, date and location for the work. Problem. Same exact time and date for the session he promised Emmy Lou he would be with her.
He called his manger back and told him ,” I can’t do it, I’ve promised Emmy Lou I would be with her.” His manager said, “Call her back and tell her you can’t, this commercial is a paying gig and I think pay big.” Vince kept his no paying date with Emmly Lou. A week later his manager called and told him, “You missed a big one this paid big.” If I remember I think he told me it paid something like $30,000–$40,000. Also, a well known artist took the work. Vince kept the date, paid nothing.
When he finished telling me the story he smiled, “Thanks for liking the cd. I sure could have used the money as I was really hurtin’ at the time. But you know I’ve found in life keeping your word, your promise generally in the long run pays better. I think I’ve done all right by myself.”  Vince, I think we all would agree. 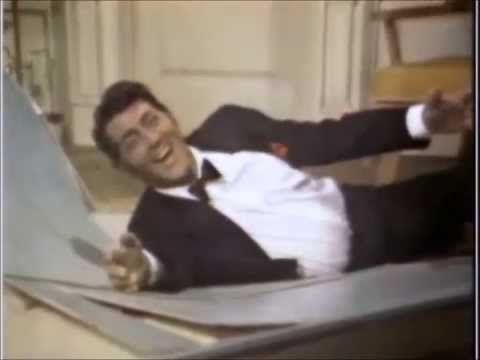 A while back I went to visit a lady here in Franklin in an assisted living situation. Quite a lady and quite and afternoon. Her husband had been Ken Layne. The Ken Layne that Dean Martin used to jump on his piano and sing ,”Everybody Loves Somebody.” One of the things she made a point to share with me in her story telling’s, was her fondness and respect she and her late husband had for Dean Martin. Layne had written the song “Everybody Loves Somebody,” and was Martin’s musical director for over thirty years. “They never had a contract, they had a hand shake and Dean’s word was always good, he never missed a payday to Ken.”
Yes, being ethical, honest and promise keeping is sadly lacking in many areas of life today and often is costly, but it still can repeat benefits. Possibly benefits more valuable than money.
===============================================
May 6th, 2020
Keep on,
Larry Adamson