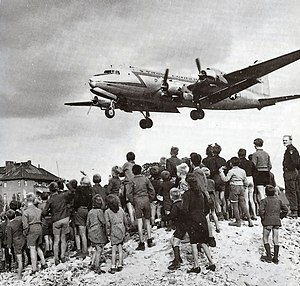 Last week while in Berlin, Germany I had the good fortunate to talk with a native West Berliner about a number of things. He shared with me an interesting story. A story I was somewhat familiar with but not in detail as he shared.
In 1948, three years after the end of WW II, Russian dictator Joseph Stalin, in an effort to starve the people who lived in West Berlin, set about to blockade all routes of transportation into the city of West Berlin. His goal was to “freeze” out the people of West Berlin bring them to their knees so to speak and eventually they would fall to his government of socialism.
The United States along with the western Allies thus created what came to be known as the Berlin Airlift. For the next eleven months cargo airplanes flew over the area of West Berlin dropping supplies. Supplies ranging from food, clothing, medicine, things that would be needed for the people to survive. He told me that every sixty seconds planes were flying over West Berlin. Over two million tons of goods were dropped.
Another lady once shared her story of the Berlin Airlift with me. “I was a little girl about nine or ten living in West Berlin after the war. My dad would hear the Allied airplanes coming over. He would immediately head for the drop areas and my older brother and I would run behind him. One of the things that often would be dropped in the goods was chocolate candy bars. Our dad would break open a drop box of goods and give my brother and I  part of a chocolate bar.”
The American pilot Gail Halvorsen in making his first flight over the city threw out chocolate candy bars to the kids that he could see below. From that practice these drops and flights became known as the “Candy Bombers.” 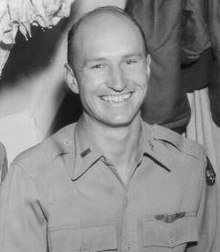