BOOK RECOMMENDATION
I would  like to recommend a book to you. Especially if you are a basketball fan. I highly recommend the book. If you think you know basketball history after reading this book you may realize how little you did know. Especially the beginnings of the game.
Sometime back someone ask me,”when was basketball first played in the Olympics?” Hum. I told the party I don’t know. I later did  some research and found it was first played in 1936 but knew almost nothing about its happening otherwise.

Well now there is a book out on that very subject. My friend Andrew Maraniss has written an excellent book on that very matter, its titled Games of Deception.” It has just been released in late 2019.
It is the story of the first U.S. Olympic Basketball team at the 1936 Olympics held in Hitler’s Germany. Many Americans are a bit familiar with the Olympics of that year with the attention on the great Jesse Owens. But there are some very interesting stories associated with the basketball team. Think about this James Naismith, the inventor of the game, was at those games and presented the medals. 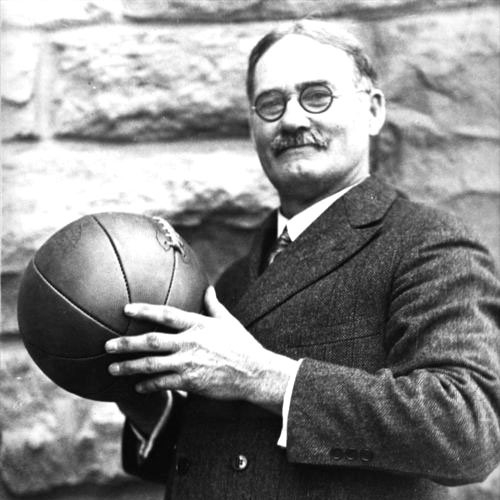 (James Naismith the inventor of the game)
“There must be some natural attraction to sports that could be used to lead young men to a good end.”—James Naismith
Twenty three countries entered the competition making basketball the largest team sport in the games.There was only one college player on the team with the rest being selected from the best amateur basketball teams in the U.S. at the time.  Get this the games were played outdoors. The games were held August 7th thru the 14th. The weather proved to be a problem with the final game being played on a dirt court (one time tennis courts) in a pouring rain. The conditions were so bad players in the last game could not dribble and scoring was almost non-existence. The score in the final game, which the U.S. played against Canada was 19-8 in favor of the U.S. The high scorer for the day, Joe Fortenberry, from Happy,Texas,  burned the nets with seven points. Swish. Some say Fortenberry was the first to ever dunk a ball, he stood 6’8′. It was estimated there were about a thousand fans watching the game but they had to stand the entire game.
(Andrew on the right with his dad, David–both successful writers)
Each team was allowed to have fourteen members but only seven were allowed to dress for the competition at any one game. Ugh…no three pointers either. No shot clock? How could they play the game?
I’d let you have my autographed copy…but then I might think again. Get yourself a copy I think you will enjoy.
(Wonder if they had any popcorn for sale. Can’t have basketball without some popcorn.) Wonder what the popcorn rating might have been.
=========================================
January 11, 2020
Keep on,
Larry Adamson