ALWAYS TRY TO KNOW
Advice: Try to always know in who’s presences you are.
In the late 1970s’ I sat in the office of  a man who was recognized as one of the foremost authorities world wide on the rules of golf. I was being interviewed for a opening on his staff. The second question I was asked, “What do you know about the rules of golf?” Ouch. Before answering I thought, “Larry right now remember where you are and who has ask that question.” 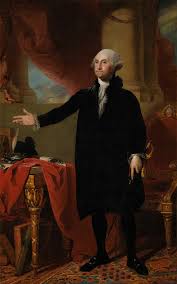 Shortly after the battles in the American Revolution War peace was being negotiated. General Washington was with his troops in New York. Over time the troops had become restless because they had not been paid. Washington had sent inquires numerous times to the Continental Congress asking they act. Rumor was spreading that many of the officers were going to march on Philadelphia. Word got to Washington of the situation. 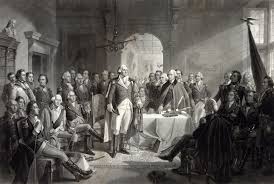 Washington then made a surprise visit to this gathering of officers. Standing addressing them he first praised them for their service to their country and their support as their leader. He then pulled from his pocket a copy of what appeared to be a prepared speech he wished to read. Doing so he fumbled with the paper and finally after padding various pockets he found his reading glasses. Glasses most of the men had never seen. Speaking he said:
“I have already grown gray in the service of my                                country and now I am going blind.”
With his presences and those words the uprising was over. It was said rebellion had melted into tears.
Note: Never mind the fact that Washington had been using reading glasses for years.
Again good to know who’s present one is in. Don’t be like these two guys. A rookie in the NBA once ask Hall of Fame basketball coach and player, Lennie Wilkens, “Do you how hard it is to do what you are asking.”  The second guy asking, Chet Atkins, “Do you play guitar.”
I was glad on that interview day I knew where I was sitting and who had asked the question. By the way I was surprised with his reaction when I gave him my answer.
========================================
May 27, 2020
Keep on,
Larry Adamson